How Wiz Khalifa Joined The List Of Richest Rappers I love Hip Hop music. And other genres of music too like Classic Rock, Metal, R&B, Pop, Dance, and Dubstep. But, I particularly enjoy Gangster Rap.

A couple of years ago my friend suggested I check out a guy named Wiz Khalifa.

So, I downloaded one of his albums.

However, he only raps about 2 things:

It got me thinking...

At the time this guy was not a very well-known rapper and if what he’s rapping about is half-true he must be making MILLIONS of dollars! (and how does he have the time to smoke so much weed?)

So I googled it.

“Why is Wiz Khalifa so rich?”

He got in front of his audience!

Turns out this guy came out of nowhere in 2011 and ranked himself at #11 on the Forbes’ “Cash Kings 2011: Hip-Hop’s Top Earners” by simply getting in front of his fans!

If you are familiar with popular music you probably recognize everyone's name on this Forbes list below, except Wiz.

“Wiz earned his position by branding himself, building a following, presenting a quality product to his fans, and then capitalizing it with facetime – Touring.”

This was exactly how JB became very popular, very fast!

So how does this help us, busy business people?
If you want to be successful with your business this is what you need to do…

Get in front of your customers

Most businesses die within 3-5 years by simply not getting in front of their customers often enough.

If you’re not getting in front of your customers you won’t grow your business and you WILL eventually go out of business.

So, how do you get in front of your customers?
Meetups! BNI Groups! Tradeshows! Speaking! Advertising! Social Media!

The key is FREQUENCY

Do whatever you have to do to get in front of your customers on a regular frequent basis.

When you get in front of your customers frequently you position yourself as an expert and build trust with your community.

My favorite way to do this is with Social Media...

And if you’re afraid of sharing what you’re doing on Facebook and Twitter etc, you will need to eliminate your fear of Social Media immediately!

Just imagine how your business would be different if could share your message with thousands of people every day – for free.

Imagine if 12 months from now you were ranked alongside industry experts in your industry like Wiz Khalifa did with Hip Hop by simply getting in front of his audience with a HIGH FREQUENCY.

If you want to discover how I use Social Media to get in front of my audience at a very HIGH FREQUENCY you should check our Web Friendly YouTube channel.

For more information, check out the following guides: 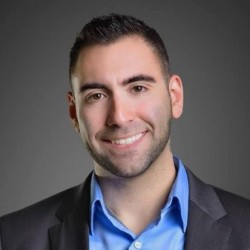 A digital marketing enthusiast who is passionate about publishing, startups and the creator economy. Matt is the CEO of Web Friendly and helps write, recruit and improve content across the website.